Why Buying Land for Sale in Arcahaie or Petion-Ville, Haiti

Buying land may not be the most glamorous type of real estate investment, but it can be a very good investment if done at the right place. Investing in land can be lucrative, as it can generate high returns in the form of passive income and large profit margins. However, understanding how to invest in land property is key for success. That’s for anyone with an interest in property development.

But like any other form of investment, profitable buying of land depends on the location and thorough due diligence. Arcahaie and Petionville, are some of the regions in Haiti that have huge potential for land or property investments. It’s a good idea to invest in land. Looking for land for sale in Arcahaie Haiti. Or land for sale in Petionville Haiti can be a brilliant investment move.

Descriptions of the areas Arcahaie is a commune in the L’Arcahaie Arrondissement in the Ouest department of Haiti. Data from the government indicate that by 2015, the city had 130,000 inhabitants. Widely referred to as the City of the Flag, the small rural town mainly known for its plantains and abundant mango. It’s regarded as the gateway between Northern and Central Haiti.

The city, known for its historical heritage, beaches and kind people, will melt your heart away. Including the memorable 1803 Congress. Which signified the unity of the black Haitians and Mulattos. Although for more than a century Arcahaie thrived in mining. However, it’s now known for its lucrative tourism that makes land investment lucrative.

City of Petion-Ville – land for sale Petionville is a district located in the hills east and separates from the city itself on the northern hills of the Massif de la Selle. Named after the founding father, Alexandre Sabès Pétion (1770-1818), Petionville is part of the city’s metropolitan area. It’s one of the most affluent areas of the city where the majority of the city’s tourists go to enjoy its serenity. In other words, the metropolis has numerous tourism activities.

As one of the wealthiest parts of the country, Petionville hosts many foreign businessmen, diplomats, and other wealthy citizens. So when looking for land for sale in Arcahaie Haiti, land for sale in Petionville Haiti, do extensive research. Don’t develop cold feet because in a few years you will be earning some lucrative passive income from your investment.

Arcahaie and Petionville known for their historical heritage and hotspot for tourist activities now a shadow of their former self. The two localities are primarily residential and tourist areas, which makes land buying a huge potential. Security in the localities is at the top, making them the first choice for anyone who wants to settle in or tour the country (Wikipedia).

Buying land for sale in Arcahaie or land for sale in Petion-Ville can give excellent returns as you’re likely to resell or develop properties for many diplomats, foreign businessmen, and a large number of wealthy citizens who do business and reside in the country.

Buying land for sale in Arcahaie or Petionville couldn’t be a better idea presently, as one is likely to reap big when they decide to resell the property or develop it for long-term investment. The fact that Arcahaie located far from the capital makes them more serene and affluent. And both known to have better security with stable communities, good nightlife, and business taking the form of western culture.

The two localities are generally more cosmopolitan than any other region of the country. So if you’re looking for land for sale in Arcahaie Haiti, land for sale in Petionville Haiti, contacting Best of Haiti Real State is a good idea.

Contact Best of Haiti Real Estate if you’re interested in buying, selling, renting properties anywhere in Haiti. We are a professional, international and honest real estate agency in Haiti with branches in the United States of America. 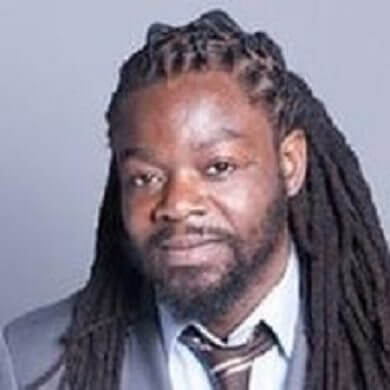 We are Best of Haiti Real Estate S.A.

How Much Does It Cost to Build a House in Haiti – In-and-Outside of Port-au-Prince?

How much does it cost to build a house in Haiti (3 bedrooms, 3 bathrooms)? The cost of building a...
Continue reading
by Best Of Haiti Real Estate

Land ownership in Haiti: Can Americans, foreigners and citizens of other countries buy/own...
Continue reading
by Best Of Haiti Real Estate

Please enter your username or email address. You will receive a link to create a new password via email.